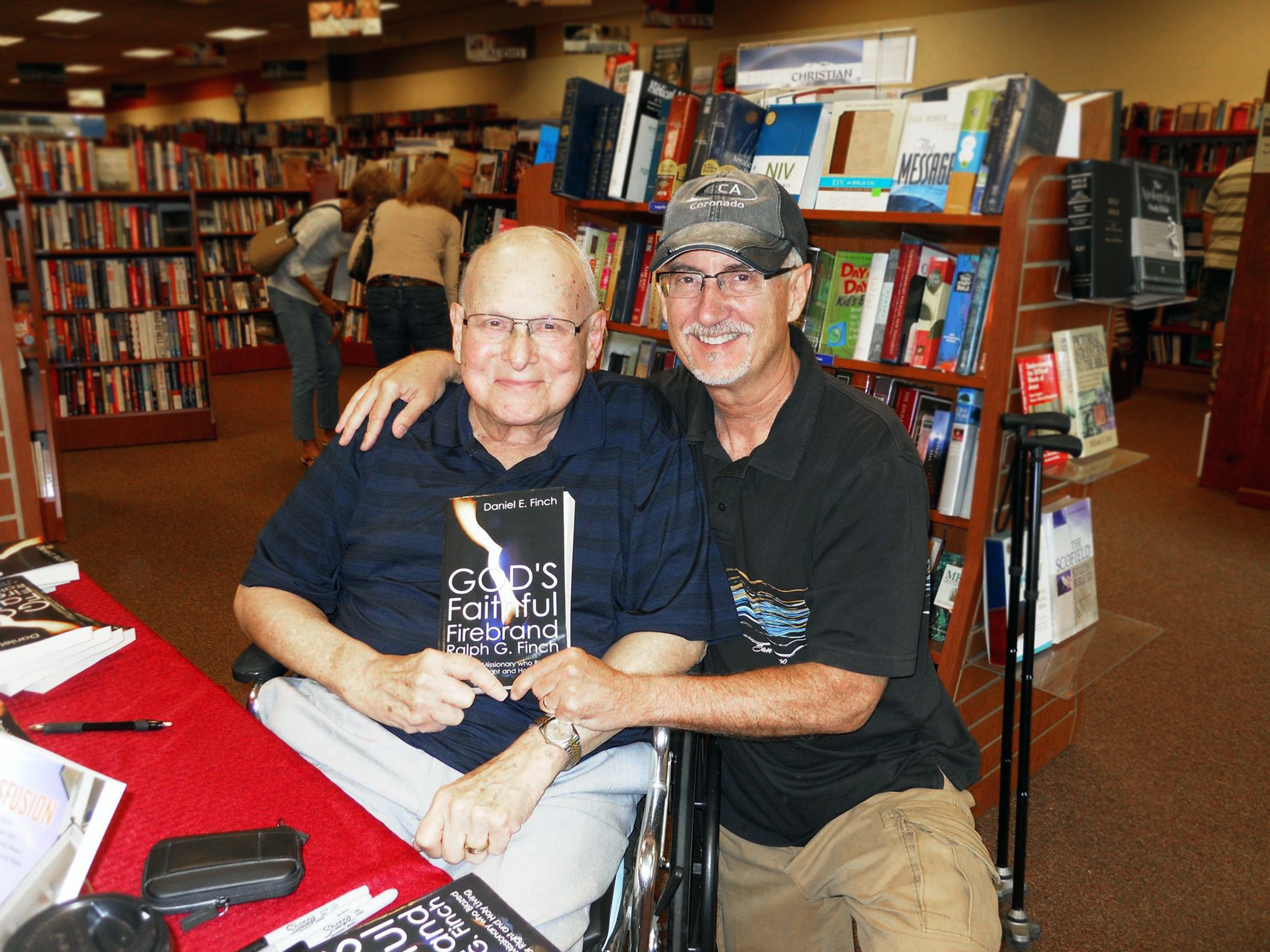 Daniel E. Finch lost the fight to his long-term battle with cancer on January 9, but in the very same moment he saw Jesus. So the truth is, he won!

Dan was a faith hero to me. As I sat and listened to the many beautiful accolades at his funeral service on Saturday (January 16), it struck me that some leaders finish very well. Dan Finch & I at his book release last year.

There is no need to talk about leaders who don’t finish well, we all know what that looks like. But it’s wise for us to learn from someone like Pastor Dan who served as an ordained minister for 60 years!

So what made this pastor different? Why did Dan go the distance and finish well?

Here are a few thoughts from a front row seat to his life.

He possessed great faith and optimism.

Dan demonstrated eternal optimism believing the best in people and always trusting God. If God said it, it was settled. Even in the tough times, both in cancer and his ministry career, he saw a bright future.

He was focused on the future.

Even in his later years, he had a young heart. He never thought old, he always thought young. He kept learning and growing, in fact, he wrote a book in his last year of life! God’s Faithful Firebrand Ralph G. Finch: A Pioneer Missionary who Blazed a Trail for Right and Holy Living. Dan was grateful for the past, but that wasn’t his focus. His eyes were always on the future.

Great leaders are not caught up in the past, but focused on the future.Click To Tweet

He worked tirelessly for the sake of God’s Kingdom.

Personally, I don’t know anyone who worked so hard for so long. You can’t work that hard if you don’t love what you do. Dan’s great love for the local church, missions, the country of Africa in particular, and training pastors kept him going. He was on a mission for sixty years. I think it really matters to know you are in the center of God’s will.

I Corinthians 15:58 says what Dan lived.

Therefore, my dear brothers and sisters, stand firm. Let nothing move you. Always give yourselves fully to the work of the Lord, because you know that your labor in the Lord is not in vain.

It really matters to know you are in the center of God’s will.Click To Tweet

He lived out great spiritual integrity.

You could not only trust Dan, you could count on him. His word was as good as gold. If he made you a promise, you never needed to worry about it again. This speaks to the core of leadership for all of us. Your character is what grants you continued credibility to be used by God. I pray we can all “stand firm.”

He never got tired of seeing someone come to Jesus.

Dan was an evangelist at heart. I don’t think any of us last the long road of ministry if we stop caring about people who don’t know Jesus. Dan’s heart and compassion for people far from God was both palpable and contagious.

He was an incredible prayer warrior.

Over the last 14 years, on several hundred Saturday nights, I have grown closer to God just hearing Dan pray. Every week a prayer team gathers on Saturday nights to pray for the worship services at 12Stone Church, and Dan was a true warrior on those nights. He would weep before the Lord asking for favor. Dan knew how to get ahold of God, and pray heaven down!

Dan lived a life without regret.

These are the things I’ve learned from Dan. I have certainly not achieved them, but I am grateful for his life, and I’m inspired to live up to them.

I’m confident that these six attributes will help you go the distance.

Thank you Pastor Dan, we will miss you. . . but see you again!